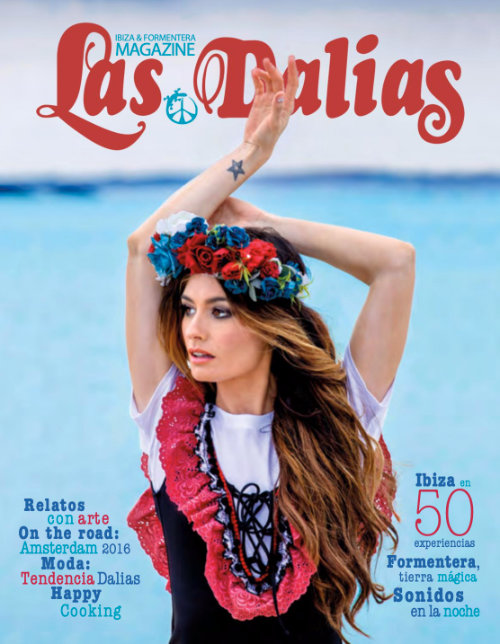 The art of living in Ibiza is the inspiration behind the new sections of La Dalias Ibiza and Formentera Magazine 2016-2017, which is consolidated in this seventh issue as an editorial reference for multicultural, tolerant, colourful and tasteful Ibiza. Our magazine is conceived as a carefully looked after yearbook that is preserved over time due to its positive spirit and the high quality of its texts and images, the work of renowned professionals from Ibiza. Illustrated stories (the embryo of forthcoming literary prizes), art and trends, pleasant life, the best corners of Ibiza or the sounds of the world are some of the sections that make up this edition. For the first time Las Dalias publishes short stories of upcoming literary talents such as Clara Obligado (Illustrations by Violeta Galera), Ben Clark (Il. Aída Miró), María Zaragoza (Il Antonio Portero), Román Piña (Il. Tamara Dimitroff), Rebecca Beltrán (Il. Natalia Margaix), Tania Padilla (Il. Mariana Villola), Andrea Rivadulla (Il. Roberto Mellino), Alberto de la Rocha (Il. Bernat Moreno), Víctor Balcells (Il. Paloma Rodríguez) and Alberto Marco (Il. Pilar Bressó). The articles by Laura Ferrer, the interviews with Silvia Castillo, the advice of Xescu Prats, Carmelo Convalia and Alberto Ferrer, as well as the styling of Virginia Nieto and Madame de Rosa, honorary ambassador of Las Dalias and cover model of this edition (photo by Massimo Aspide) stand out. Las Dalias On The Road takes us to Amsterdam.