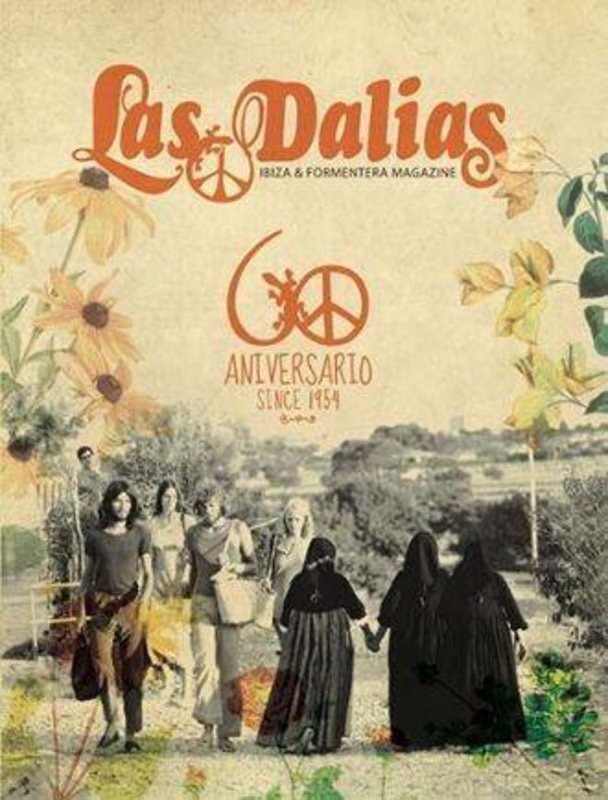 Las Dalias Ibiza & Formentera Magazine becomes in this fifth edition a 552-page book that commemorates the 60th anniversary of the foundation of that roadside bar that opened its doors in 1954 and that today is the national and international reference of craftsmanship, colour, freedom, fashion and a whole way of understanding life. The book, with a cover photo by André Perlstein, reviews and reflects in more than 700 photographs the history, culture, art, music, literature and craftsmanship that have played a leading role in the style and philosophy of Las Dalias over the last 60 years. Among its collaborators are Antonio Colinas the National Literature Prize: "A summer in Arabí"; the director of the Museum of Contemporary Art of Ibiza, Elena Ruiz Sastre: "MACE, 60 years of avant-garde", or the young writer Ben Clark, who has won the main literary awards in recent years, who signs: "Paper to read: the books of hippy Ibiza". Other collaboratots review events on this 60th anniversary, such as Joan Lluís Ferrer; Alberto Ferrer: "60 años de rock / Las Dalias en 60 canciones", Chris González, Laura Ferrer, Marga Marí and Carmelo Convalia, as well as some of Ibiza's best photographers, including Raúl Blanco, Clara Muñoz, Paula Villar, Vicent Marí, Massimo Aspide, Valentina Riccardi, Álex Soto, Sebastian Leon, Marco Torres Walker, Anita from Austria, Joan Costa, Lorena Portero, Juan Antonio Riera, Germán G. Lama, Francesc Fàbregas, Josep Soler o Melba Levick, just to mention a few.