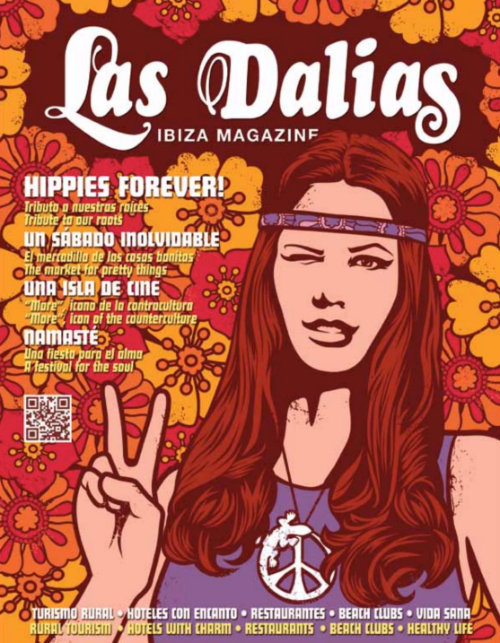 With an original cover by the designer Marcos Torres, this edition revolves around the heritage left by hippy culture in Ibiza and in many people who feel that the essence of that Hippy Power can still be found in Las Dalias. The magazine expands its sections to include new articles on history and culture, gastronomy suggestions, accommodation or healthy living. Collaborators such as Chris González: "Hendrix, Lennon, Toniet..."; Enrique Villalonga Juan: "Counterculture set" and the journalists Laura Ferrer and Alberto Ferrer analyse the phenomenon of counterculture in the 1960s and 1970s, which marked a historic era in Ibiza.